Couple Engaged On 'How I Met Your Mother' Episode Get Married 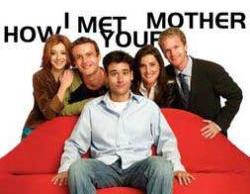 Timothy Russo and Jana Rugan got engaged in March 2007 in an unusual way - on an episode of 'How I Met Your Mother'.

The two had been living in the city for about two years when Timothy decided to propose. His original plan was to take Jana to Los Angeles for vacation and pop the question on the beach. The CBS comedy is Jana's favorite show, so Timothy asked his brother, a comedy writer, if he could set up a tour.

"I told him the plan and, a few days later, I get a call from my brother, saying, 'Do you want to propose on the show instead?'", Timothy recalls in the 'New York Daily News'. "I couldn't believe it, I was, like, 'What do you mean?' He said in the season finale, they were writing in a proposal, and had planned to use extras, so thought what a great chance to do it for real."

The scene was a restaurant proposal, where an engagement ring ends up in the wrong person's Champagne glass. The couple rehearsed as extras, but when the scene was being filmed, Timothy went into action.

"The actors are sitting at the table and the woman says, 'Whose ring is that?' and the guy says, 'I don't know, it's not mine,' and then I get up from our 'extras' table and say, 'It's mine.' And then I walked over and proposed to Jana. At first she thought I was messing up the scene, then it dawned on her and she started crying and everyone was clapping. It was awesome."

The couple got married this week and head off for their honeymoon to St. Maarten and St. Barts.

Check out a news report of the proposal that aired just before the season finale: