Coroner Finds Amy Winehouse Died From Too Much Alcohol 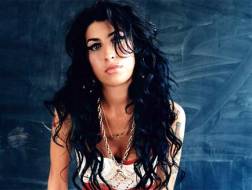 A British coroner has ruled that Amy Winehouse died because of the "unintended consequence" of drinking too much alcohol.

Ruling that it was "death by misadventure," the coroner stated that Winehouse's blood alcohol level was more than five times over the legal drunk-driving limit.

The singer, who had fought a very public battle with drug and alcohol problems for years, was found dead in bed at her London home on July 23.

Two large bottles and one small bottle of vodka that were empty were found in the bedroom of her London home.

"She was an intelligent, determined young woman who, at times, was able to successful abstain from alcohol," coroner Suzanne Greenaway said. "But the unintended consequence of such potentially fatal levels (of alcohol) was her sudden and unexpected death."

Winehouse's family had suggested that suddenly stopping drinking might have sent Winehouse's body into shock and caused her sudden death. But after learning of the cause of death, her family said they were sad to learn it was alcohol that eventually took her life.

"The court heard that Amy was battling hard to conquer her problems with alcohol and it is a source of great pain to us that she could not win in time."