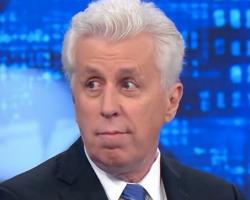 CNN has fired conservative pro-Trump commentator Jeffrey Lord after he tweeted a Nazi salute at a critic.

"Nazi salutes are indefensible," a CNN spokesperson said when asked if Lord had been fired.

The firing came rapidly after Lord tweeted the Nazi slogan "Sieg Heil!" aimed at the head of advocacy group, Media Matters for America.

Lord has defended his tweet, saying his tweet was not an endorsement of Nazism but rather to mock the group.

"I want to make something very clear. I have nothing but respect, affection and love for CNN. I think the world of CNN," Lord told AP. "I think they're terrific people and serious people."

"From my perspective CNN caved on the First Amendment of all things. I disagree. I respectfully disagree."

Media Matters had been calling for an advertiser boycott of Sean Hannity's Fox News show.