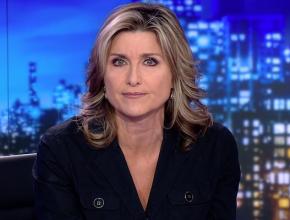 CNN and HLN host Ashleigh Banfield called out the woman who accused Aziz Ansari of sexual misconduct this week.

The 23-year-old woman, a photographer who met Ansari at an Emmy Awards after-party, claimed he "violated" her and didn't read her "non-verbal clues" when she went to his apartment following a date.

Even though she admitted she engaged in sexual activity multiple times during the evening with the comedian, she said she felt "pressured."

"I'm sorry you had a bad date... but let's take a moment to reflect on what you claim was the 'worst night of your life,'" began Banfield in what she described as an open letter.

Banfield wondered the woman she "did not get up and leave" and "continued to engage in the sexual encounter."

"by your own clear description, this wasn't a rape, nor was it a sexual assault. By your description, your sexual encounter was unpleasant."

She slammed the woman for taking advantage of "a movement that I, along with all of my sisters in the workplace, have been dreaming of for decades. A movement that has finally changed an oversexed professional environment that I, too, have struggled through at times over the last 30 years in broadcasting."

"The #MeToo movement has righted a lot of wrongs and it has made your career path much smoother... what a gift. Yet, you looked that gift horse in the mouth and chiseled away at that powerful movement with your public accusation."

Banfield ended her segment by saying Ansari did not deserved to be "blackballed" over the accusations.

"I hope the next time you go on a bad date you stand up sooner, you smooth out your dress and you bloody well leave," she said. "Because the only sentence a guy like that deserves is a bad case of blue balls not a Hollywood blackball."