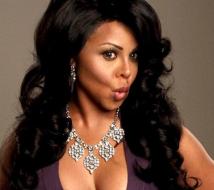 A New York City nightclub employee has been arrested after he confessed to beating a woman to death during a Sunday night birthday celebration for rapper Lil' Kim.

Syed Rahman, 24, admitted he hit Ingrid Rivera over the head with a pipe on the club's roof during an argument. It happened during a birthday party for rapper Lil' Kim that the victim had paid to attend.

It's not clear what Rahman and Rivera were arguing about but Police Commissioner Raymond Kelly says a friend of Rivera told them that Rahman was making sexual advances at her all night, and that's what tipped them off.

When Rivera didn't come home, her family filed a missing persons report. Police weren't able to find her, despite searching the club once, until a maintenance worker discovered her body in the rooftop room two days after her death.

It's the second time this year that Spotlight Live club was the scene of a major crime. In January, a 20-year-old Newark man was stabbed to death after an argument inside spilled out and turned into a brawl.