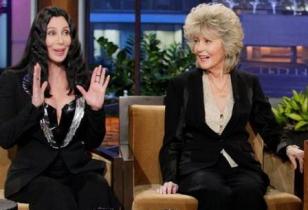 Cher, who has been a vocal Hillary Clinton supporter, says she's taken after realizing that her personal beliefs may actually align more closely with Senator Bernie Sanders than Clinton.

The singer, who previously lashed out at Sanders and his campaign staff for "disingenuous" attacks, says she came to the realization she became the target of attacks from the Vermnont Senator's supporters for her comments.

"This is impossible," she writes on Twitter. "Last night, I was reading and blocking people and started to feel uneasy."

"So I went into marathon research mode with an open mind and found that in the quiet of night, one by one, Senator Sanders' beliefs mirrored mine more than I had allowed myself to realize."

"I still think it's more of a wish list but what do I do with a sister souljah moment like this?"

"I am shake to my core but I must remain unbearably, imperfect me."

Cher adds she spent time with Hillary Clinton during a campaign years ago and still thinks she's "smart, capable and strong" but realizes now that "I have MUCH more common ground and new respect" for Sanders.