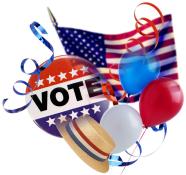 Clint Eastwood is starring in an new ad to support Mitt Romney for president.

"For the last few years America has been knocked down. Twenty-three million people can't find full-time work, and we borrow $4 billion every single day, much of it from China," Eastwood says in the attack ad.

"When someone doesn't get the job done, you gotta hold them accountable. Obama's second term would be a rerun of the first, and our country just couldn't survive that. We need someone who can turn it around fast, and that man is Mitt Romney. There's not much time left, and the future of our country is at stake."

Eastwood, who made news after talking to an empty chair pretending it was filled by an invisible Barack Obama, also makes an appearance and looks straight into the camera at the end of the ad.

“Every president inherits challenges. Few have faced so many," says Freeman. "There are still challenges to meet. Children to educate. A middle class to rebuild. But the last thing we should do is turn back now."