While some are marvelling at a picture of Tiger Woods firing a golf ball straight at a Daily Mail photographer in the Ryder Cup, others have spotted something even more peculiar in the photo.

A mustached member of the gallery, seen on the right side of the photo, is being immortalized all over the Internet as 'Cigar Guy', 'Cigar Man', or 'Cigar Dude' for smoking a stogie in a turban.

The photograph was taken at the Ryder Cup after Woods hit a terribly errant shot that hit the camera, with the photographer just yards away. It's being called one of the best sports photographs ever taken.

But the Cigar Guy is stealing some of the spotlight with parodies featuring him in some of the other famous sports photographs. 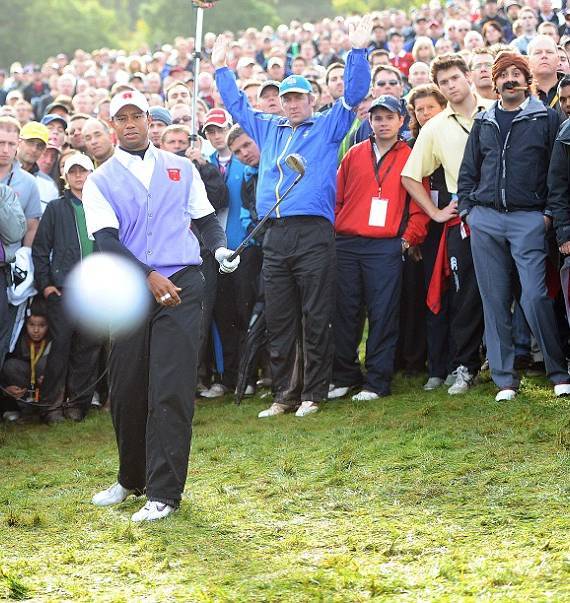 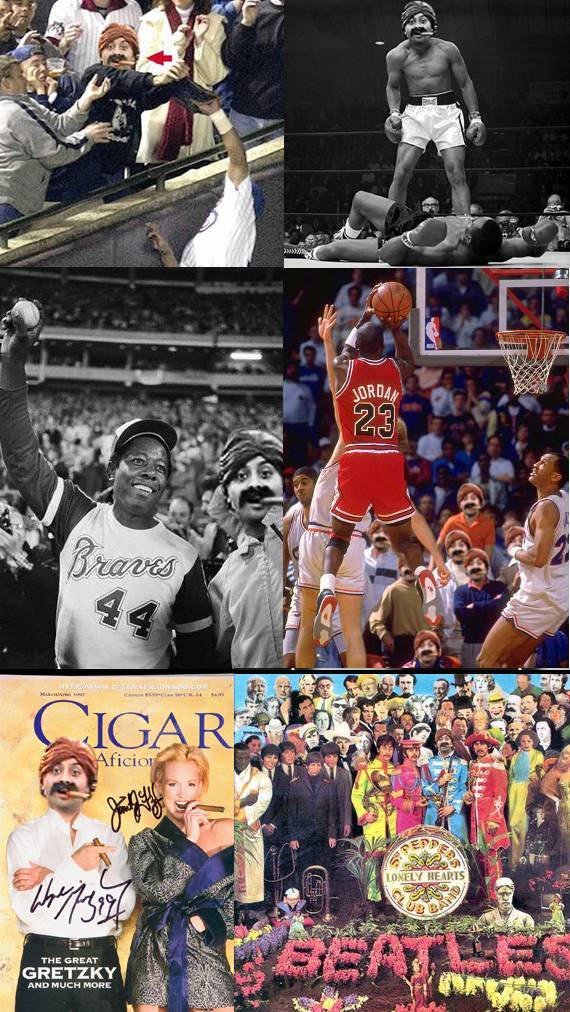