Chyna's Manager Says Her Death Likely Due To Accidental Overdose 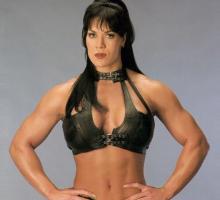 Former wrestling star Chyna's manager, Anthony Anzaldo, says she may have died of an accidental overdose of a prescription sleeping pill and a tranquilizer.

"It's a 98 percent certainty and 2 percent speculation," Anzaldo says.

Chyna suddenly passed away on April 20 at her Redondo Beach home. She was just 45.

Anzaldo, who discovered the wrestler, also reveals that she may been dead for two or three days before she was found.

He tells AP she use to routinely take Ambien and Valium to help with her insomnia.

Anzaldo admits Chyna had been "self-medicating a little bit more than she should have" because she had just begun seeing a psychiatrist for the first time and dealing with past issues relating to her late estranged father.

"A lot was going on in her life emotionally. But she wasn't depressed; it was just a lot to deal with," he says. "She accidentally, over the course of two or three weeks, misused her legally prescribed medication. They're not going to find, like, 60 pills in her stomach."