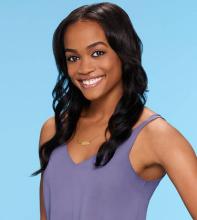 'Bachelorette' host Chris Harrison is explaining why ABC announced its new Bachelorette early and in the process spoiled the current season for some loyal viewers who were rooting for Rachel Lindsay.

And while speaking about what prompted the early announcement, Harrison revealed ABC made the decision so that contestants who apply for the season are fully prepared.

"You would have thought I started the next World War with the response," Harrison said on 'Live with Kelly'.

"Here's the thing, in all seriousness, I just want to say this in front of everyone: it's Kelly's fault."

"So, can we clear something up? First of all, I am so excited it's Rachel," he said. "I adore this woman. She's going to be fantastic. She's a star. She just has this star quality about her."

"We named her the Bachelorette early because weird TV calendar stuff is that The Bachelor runs right up to when we start taping The Bachelorette. Like, we're talking days. We're done. And she goes further in the show and we're like, 'Well we need to let everybody know that Rachel's our Bachelorette. We would like to cast the show for her."

"We cast all year long, but like we did with Nick, it's easier with The Bachelor because the calendar is different leading into it. But we wanted everyone to know it's Nick so we can find people that really want to be with Nick."

"And so we want to cast the show for Rachel, but we can't do that in two days."

Ripa praised the "long overdue" casting. The 31-year-old attorney will be ABC's next 'Bachelorette'.