Chris Brown Drops New Single 'What Would You Do?' After Release From Jail 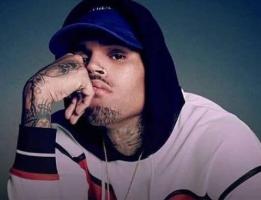 Less than 24 hours after being arrested and then released from jail, Chris Brown decided it was a good time to drop his new song.

The singer released 'What Would You Do' following his release from jail on charges of assault with a deadly weapon.

"You know all this bulls--t and everything going on man, I'm just gonna turn the other cheek and drop some music," he told fans.

"What do you do, fighting for your life when no one's on your side? I can't stand to loose you, see you're in too deep with no where to hide."

Brown was arrested Tuesday following a standoff with police at his residence in Tarzana, California. Model and former beauty queen Baylee Curran said Brown pointed a gun at her face.