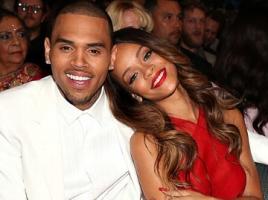 In an upcoming documentary, Chris Brown talks about his infamous assault on then girlfriend Rihanna (photos

In a trailer for 'Welcome to My Life: The Official Chris Brown Documentary', Brown talks about his rapid rise to fame and the dark turn his life took in 2009.

"This is the first time I get to say anything," Brown says. "I went from being on top of the world, No. 1 songs, being kind of like America's sweetheart to being Public Enemy No. 1."

"I felt like a f--king monster. I was thinking about suicide, I wasn't sleeping, I barely ate."

"If there was ever a doubt in your mind Chris Brown was done, he was finished... I wouldn't bet on it," he says.

There is no release date for the documentary yet but it's safe to assume Brown is endorsing it. The singer shared the trailer with his fans on Monday.