Cher: If Donald Trump Wins 'I'm Gonna Have To Leave The Planet' 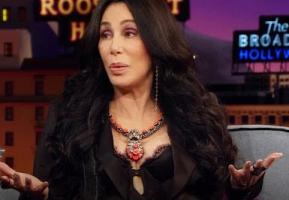 At a Hillary Clinton fundraiser she hosted on Thursday in New York, Cher didn't hold back her feelings on GOP presidential nominee Donald Trump.

According to the New York Post, she said that if Donald Trump won the election, "I'm gonna have to leave the planet."

The singer said she may be called a "libtard" by Trump supporters but that's because she understands poverty, having grown up poor before her mother remarried a "really rich guy and we moved to Beverly Hills."

She said "the dreaded millennials" needed to get out and vote for Clinton and become more involved in politics.

"Young people with fresh ideas and energy is what we need," she said. "We're fading. Not fast, but we're fading."