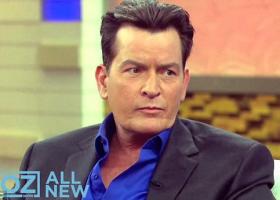 Charlie Sheen made headlines when he was fired from 'Two and a Half Men' in 2011 following a series of rants against show creator Chuck Lorre, who he called a "clown" and a "turd".

Sheen coined several phrases during the time, telling people he had "Adonis DNA" and "tiger blood."

"You picked a fight with a warlock you little worm," he told the producer in a live broadcast online. "You're no match for this warlock. My power will consume you ever day you loser ugly w***e. I am on a drug. It's called Charlie Sheen. It's not available, because if you try it once, you will die."

The actor now claims the true cause of his "tiger blood" outbursts wasn't alcohol or substance abuse.

"That was a very specific period of time that did feel very out of body and very, just detached from all things real," he said on The Dr. Oz Show.

"I felt superhuman during some of that. It was a lot of highs and lows."

"I was taking a lot of testosterone cream and I think I went too far with it. It was, kind of, like, a borderline, not a 'roid rage, but a 'roid disengage."

"That's the stuff that I do look at and cringe a little. It was nice to give people a bunch of slogans and T-shirts and all that. But the rest of it was a lot of work."

"There were things about that person that were empowering, that were vibrant... but I didn’t like the anger. I tend to be victimised by my anger at times."

Sheen has been spoken with Dr. Oz several times since he revealed that he is HIV positive.

Sheen also opened up about his relationship with Denise Richards, who is suing him for selling a house he gifted daughters Sam and Lola in a trust.

"I'm basically being punished for giving her a house. It doesn't make any sense," Sheen said.