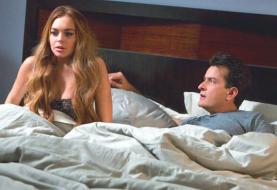 Former 'Two and a Half Men' star Charlie Sheen says has revealed he has HIV.

In an interview on NBC's Today on Tuesday morning, the actor says he was diagnosed with the virus that causes AIDS four years ago.

"It's a hard three letters to absorb. It's a turning point in one's life," Sheen recalled as he added he wasn't "entirely sure" how he contracted it.

But when host Matt Lauer if he had transmitted it to others, Sheen replied: "Impossible. Impossible."

He insisted that he had informed every sexual partner of his condition beforehand and had unprotected sex with only two partners.

"They were under the care of my doctor and they were completely warned ahead of time," he said.

In California, where Sheen resides, it's a crime to engage in unprotected sexual activity if you are infected with HIV.

Sheen said he was going public to put a stop to the constant blackmail.

He said he had paid "enough to bring it into the millions" to buy their silence all these years and wants to "put a stop to this barrage of attacks and sub-truths."

"Are you still paying these people?" Lauer asked.

"Not after today I'm not," Sheen said. "I think I release myself from this prison today."