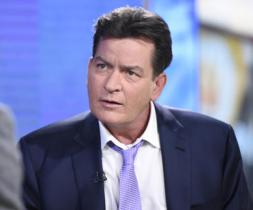 Charlie Sheen still isn't over his feud with Rihanna (photos

In an appearance on 'Watch What Happens Live', the former 'Two and a Half Men' star was asked whether he ever made up with the singer after their Twitter feud.

"I think you just made it worse," host Andy Cohen laughed.

"No, she abandoned common courtesy and common sense," Sheen responded.

The argument began three years ago after Sheen and Brett Rossi, who was then his fiancee, saw Rihanna at a restaurant and sent a request to her table asking if they could meet.

After Rihanna refused, saying too many paparazzi around, Sheen lashed out at her on Twitter.

"See ya on the way down... and actually, it was a pleasure NOT meeting you. Clearly we have NOTHING in common when it comes to respect for those who've gone before you," he wrote. "I'm guessing you needed those precious 84 seconds to situate that bad wig before you left the restaurant."

"Here's a tip from a real vet of this terrain," he added, "if ya don't wanna get bothered DONT LEAVE YOUR HOUSE! and if this 'Prison of Fame' is sooo unnerving and difficult, then QUIT, junior!"

Rihanna didn't respond in writing but posted a picture of her autographing a fan's sign, photoshopped with Sheen as the fan.