CBS' 'Supergirl' Moves To The CW For Second Season 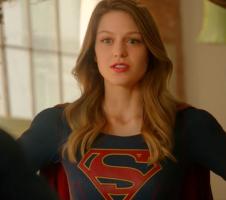 CBS' 'Supergirl' is moving to the CW for its second season.

Producers for the show finally made the announcement on Thursday after weeks of speculation that the show would make the move to lower its budget.

The move also means that 'Supergirl' will film in Vancouver, where CW's 'The Flash', 'Arrow' and 'Legends of Tomorrow' shoot at a cheaper cost.

Of course, the CW is also owned by CBS. However, moving the property over to its sister network means that if the show delivers the same ratings that were considered mediocre on network television, it could be another legitimate hit in the genre for the CW.

'Supergirl' debuted to 13 million viewers last October. However, the number had dropped to roughly half that by the end of the season.

CBS didn't want shut down or dispose the property it spent millions on promoting in the last year.

With its cast and star Melissa Benoist in place, it also means it should be a relatively smooth transition for the upcoming season.