CBS Renews Summer Series 'Under the Dome' For Second Season 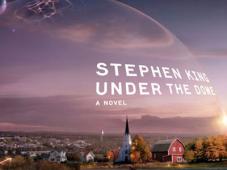 CBS has renewed its summer hit 'Under the Dome' for a second season.

The network made the announcement during its TCA event and said the adaptation of Stephen King's novel will return next summer with another 13-episode season, with King set to write the premiere episode.

"We're excited to tell more stories about the mystery of the dome and the secrets in Chester's Mill, and are thrilled to have the master storyteller himself, Stephen King, tell the first one of next season," says CBS president Nina Tassler.

The drama has been a big success for CBS, which boasts the series has "changed the face of summer television."

But, ironically, news of a second season may not be welcomed by all viewers of the series and especially those who began watching what was supposed to be a miniseries with a resolution by the end of a summer.

However, the nearly 14 million viewers it's averaging has now prompted CBS to hand the drama another series and prolong the mysteries that much longer.

It will be intriguing to watch whether ratings for the series will decline with the announcement that the dome won't be demystified this season.