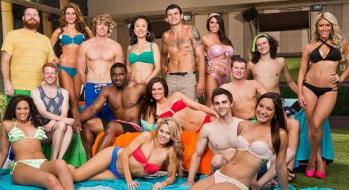 The racist remarks on this season of 'Big Brother' was a topic of conversation on Monday at the CBS' Television Critics Association panel.

Moonves, whose is married to 'Big Brother' host Julie Chen, said he watched every episode of the reality show and added: "I find some of the behavior absolutely appalling, personally."

"What you see there... unfortunately is reflective of how certain people feel in America. It's what our show is."

"I think we've handled it properly," Moonves said of CBS, which has aired a disclaimer stating that it does not condone or share the contestants' views in recent episodes.

Asked if perhaps the prejudices were a result of trying too hard to find ever eccentric reality show contestants, Moonves said: "Obviously, you don't want wallflowers on reality shows."

"You're going to take people that are interesting. Sometimes that leads to controversy," he said.

"Trying too hard? I don't think there's any such thing."

Two contestants still in the house, Aaryn Gries and GinaMarie Zimmerman, have already been fired from their jobs due to their remarks.