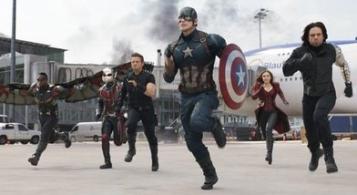 The much anticipated 'Captain America: Civil War' has debuted as the fifth-highest domestic opening ever.

The film grossed $181.8 million domestically, ironically bumping 'Iron Man 3' out of the spot. That's double 'Captain America: The Winter Soldier' what opened with.

But as impressive as the domestic numbers were, that's just the beginning of the story with the 'Civil War' earning more another $496.6 million internationally.

The mini-'Avengers' film, directed by Joe and Anthony Russo, has been helped by the enthusiastic reviews it's received.

It cost $250 million to produce but it's already surpassed that and appears well on its way to $1 billion.