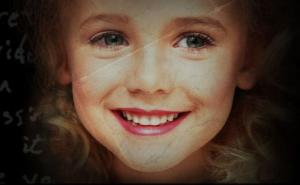 Burke Ramsey says he plans to sue CBS over the accusations in its docuseries, 'The Case of: JonBenet Ramsey'.

During Monday night's finale episode, the series concluded with a theory that a 9-year-old Burke was likely responsible for killing 6-year-old JonBenet in their Colorado home and not an intruder.

The experts postulated that Burke probably struck his sister on the head with a flashlight and accidentally killed her.

"CBS doesn't have enough money to compensate this man for the permanent damage they have caused this man's reputation that he has to live with for the rest of his life," his lawyer says in a statement.

"Now, from age 29 until he takes his last breath, he will be haunted by these accusations the network has put out."

"There is no new investigation. This was a show produced for ratings and money like The People v. O.J. Simpson and Netflix's Making a Murderer. They are putting this out for September sweeps. The 20th anniversary is in December, not September."

"The accusations of the CBS so-called 'experts' lack substantial evidentiary support and contradict the factual conclusions reached by legitimate law enforcement authorities and experts familiar with the actual evidence developed in the case."

"CBS' false and unprofessional attacks on this young man are disgusting and revolting."

"Burke Ramsey shall seek redress against CBS for its outrageous accusations in a court of law where he successfully acquitted himself over 15 years ago in libel actions filed against the tabloid Star Magazine, the New York Post and Court TV for publishing similar false accusations."

He warns "when I am done with CBS, the verdict from the Hulk Hogan vs. Gawker case is going to look like peanuts."