Bryan Cranston Says Spacey's Career 'Is Over': 'Not A Very Good Person' 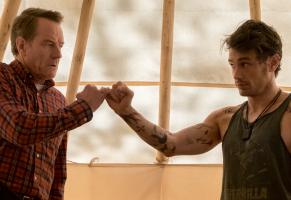 "He's a phenomenal actor, but he's not a very good person," the 'Breaking Bad' alum tells BBC's Newsbeat. "His career now I think is over."

Cranston says he never personally saw abuse in Hollywood but "you know it has gone on."

"There's a disorder among all those people who use their power, their place or their status in any industry to overpower someone and force someone to do something that they don't want to do," he says.

"That sort of experience goes unchecked until something like this happens."

"The pillars of what was are falling. Everything is being exposed," he says. "Women and men should not have to tolerate misbehaviour just because of their youth and inexperience. The silver lining is we're not accepting behaviour like that just because it's the way it's always been."

Kevin Spacey is being replaced in Ridley Scott's finished film 'All the Money in the World' by Christopher Plummer, which is currently scheduled hit theaters on December 22, 2017.