Britney Spears Recalls 'Really Bad' First Date: 'He Just Wasn't That Into Me' 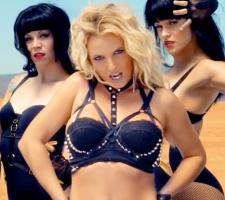 ) recalls a bad first date to the movies in the latest issue of Marie Claire UK.

"I had a really bad date. I mean, it was really bad," she begins. "I've been single for ages and had a date with a guy I liked."

"I was getting anxious, worrying he wouldn't like me. In the evening I got on the scales and I had lost six pounds."

"We went to the movies, but I could tell right away it wasn't working. It was sort of awkward."

"After the movie I came home and that was it. It just didn’t work," says the 'Just Luv Me' singer. "He just wasn't that into me."

"I liked him. He knew that. But he definitely didn't feel the same. It happens to everybody. Being famous doesn't make you any different."

Brit's last romance was with TV producer Charlie Ebersol, whom she dated for eight months until June 2015.

During Britney's Carpool Karaoke appearance, she told host James Corden that she was "done with men."

"I mean I may French kiss someone but I don't believe in marriage anymore," she said.