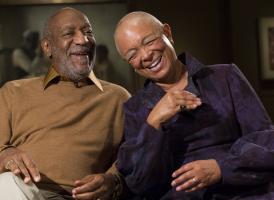 Bill Cosby's wife Camille is taking aim at the prosecution and judge after his sexual assault case ended in a mistrial on Saturday.

The Pennsylvania jury was deadlocked after 52 hours of deliberation. The 79-year-old has been accused of drugging and sexually assaulting Andrea Constand at his Philadelphia home in 2004.

"How do I describe the district attorney? Heinously and exploitively ambitious," Camille said.

She said the media hadn't written about the whole truth in the case.

"How do I describe many, but not all, general media? Blatantly viscous entities that continually disseminated intentional omissions of truths for the primary purpose of greedily selling sensationalism at the expense of a human life," she added.

"Historically, people have challenged injustices. I am grateful to any of the jurors who tenaciously fought to review the evidence; which is the rightful way to make a sound decision... ultimately, that is a manifestation of justice, based on facts, not lies."

"As a very special friend once stated, 'Truth can be subdued, but not destroyed.'"

Cosby had been telling supports behind the scenes that he was always hopeful the case would end in a mistrial because all he needed was one holdout on the jury.