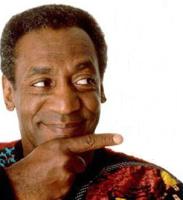 Bill Cosby's lawyer says no one should take the women coming forward with allegations of sexual assault seriously because it's "utter nonsense" and they are "coming out of nowhere."

This after on Thursday a Florida woman became the fifth in less than two weeks to allege that she was drugged by Cosby before he made sexual advances toward her.

Linda Joy Traitz, who used to work for a restaurant in Los Angeles Cosby owned, says: "He used to come in from time to time and one day he offered me a ride home... I accepted."

But instead of taking her home, Cosby "drove out to the beach and opened a briefcase filled with assorted drugs and kept offering me pills 'to relax', which I declined."

She claims he became "sexually aggressive" before she "freaked out and demanded to be taken home."

Another woman, Louisa Moritz, who played Rose in 'One Flew Over the Cuckoo's Nest' and starred in the '70s show 'Love American Style' claims Cosby forced her to please him before an appearance on Johnny Carson's 'Tonight Show'.

She claims Cosby walked into her dressing room and "took it out before taking his hands and put them on the back of my head and forced it in my mouth", saying, 'have a taste of this. It will do you good in so many ways.'"

She says as Cosby walked out he turned and said, "Now you don't want to upset me and the plans for your future, do you?"

"Linda Joy Traitz is making ridiculous claims and suddenly seems to have a lot to say about a fleeting incident she says happened with my client more than 40 years ago," says lawyer Marty Singer. "There was no briefcase of drugs and this is an absurd fabrication."

"We've reached the point of absurdity. The stories are getting more ridiculous. I think people are trying to come up with these wild stories in order to justify why they have waited 40 to 50 years to disclose these ridiculous accusations."