Bill Burr: Hillary Clinton Doesn't Have Anyone To Blame But Herself 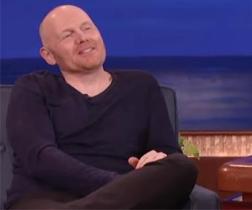 Bill Burr says he doesn't have much sympathy for Hillary Clinton, like some of her supporters seem to have.

The comedian says he doesn't understand how Clinton lost to a guy who "said three things a week that would torpedo anybody's else campaign."

"That's like you're playing a football game and the other team throws 20 interceptions," he explains. "And you still figure out how to blow it. At what point do you take responsibility?"

"They were fine? Oh, I don't mind a black guy but this white lady, we gotta stop her!"