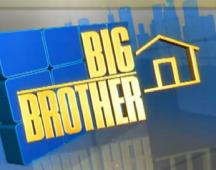 Living in season 16's urban tree themed house, in the first twist, two Houseguests will win the role of 'Head of Household' (HOH) each week instead of one.

Each HOH will have the responsibility of nominating two fellow Houseguests for eviction every week. However, for the first time on the series, earning HOH will also not guarantee one's safety in the game for the week.

In the second twist, fans will have an opportunity to significantly influence the game with a new interactive element called 'Team America'.

The season will also introduce 'Battle of the Block', which CBS describes as an "entirely new high-stakes competition" that will move the power around.

"When the Houseguests learn about the new twists, they will need to throw out any pre-existing strategy if they want to survive in the game," says executive Producer Allison Grodner. "The new Battle of the Block competition will shake up the power in the house like never before. A Houseguest can go from zero to hero, or vice versa, every week."

The whimsical urban tree house will see the living room feature a 20-foot-high wood tree sculpture and the Head of Household suite that includes a giant bird's nest for the bed and a wall lined with nearly 1,000 bird houses.

'Big Brother' will begin with a two-night premiere on Wednesday, June 25 and Thursday, June 26.