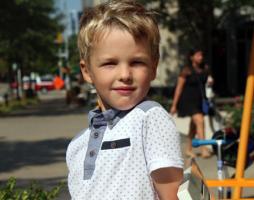 The series will follow Sheldon living with his family in East Texas and going to high school at the age of 9.

Interestingly, Perry is the real-life daughter of Laurie Metcalf, who plays the mother on 'The Big Bang Theory'.

Jim Parsons will narrate the series and serve as executive producer.