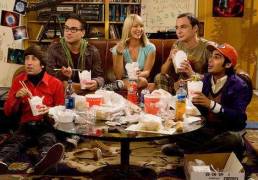 CBS and Warner Bros have agreed to a new two-year deal that will keep 'The Big Bang Theory' on the air for at least two more seasons.

'The Big Bang Theory' is currently TV's top comedy by viewers, averaging 19.4 million viewers, and a 5.1 rating in the 18-49 demographic.

The stars of the show, which is currently in its 10th season, agreed to a new deal that paved the way for the renewal.

), Simon Helberg and Kunal Nayyar will be paid around $900,000 per episode. That may seem high but it's a slight pay cut to allow raises for Mayim Bialik and Melissa Rauch.