Bieber Refuses To Take Photos With Fans: 'I'm Done, I Feel Like a Zoo Animal' 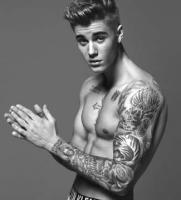 Justin Bieber says he will no longer pose for photos with fans -- even if they've bought his album -- because he doesn't owe them anything.

"If you happen to see me out somewhere know that I'm not gonna take a picture. I'm done taking pictures," Bieber writes on social media.

"It has gotten to the point that people won’t even say hi to me or recognize me as a human, I feel like a zoo animal, and I wanna be able to keep my sanity."

"I realize people will be disappointed but I don't owe anybody a picture. and people who say 'but I bought your album' know that you got my album and you got what you paid for AN ALBUM!"

"It doesn't say in fine print whenever you see me you also get a photo."

In March, Bieber said he didn't want to any more "meet and greets" with fans because they left him "drained and unhappy" because of other people's "spiritual energy."