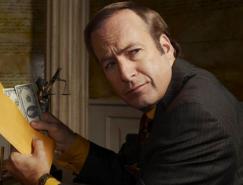 AMC is teasing the return of 'Better Call Saul' for its third season.

With the intriguing end to season two, the teaser trailer emphasizes on the 'criminal' part of criminal lawyer.

The cable network hasn't announced an official premiere date but it's slated for spring of 2017. Previous seasons have started in early February.