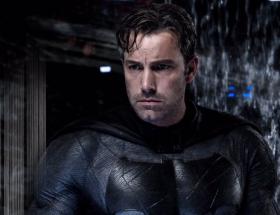 In an interview with AP, while promoting 'The Accountant', Affleck said he was leaning towards going with the simplest title.

"The movie I think is going to be called 'The Batman,'" he said. "At least that's what we’re going with right now. I might change it… That's about all I got right now."

"We're working on the script, the script is going well, I'm really excited about it."

In a separate conversation with a local FOX affiliate, Affleck also weighed in on the less than stellar reaction to 'Batman v Superman: Dawn of Justice'.

"It's interesting. It was a huge hit movie. So many more people went to see that than any movie I've made in my career. It was the biggest hit of my career. And then it had so much editorial negativity."

"Fans went, and I got a lot of positive response. It was interesting, that movie, because it was judged not necessarily on execution so much as like its tone. People seemed to want to have a lighter tone to the movie, and I thought that was interesting because that's so subjective."

"Tone is not a qualitative thing. It's subjective, right? Some tones resonate with me that might not with you. And the tone of the movie was really parallel to the Frank Miller book 'The Dark Knight Returns', which I liked and thought was great. I'm glad that so many people went and so many people liked the movie. I loved it."