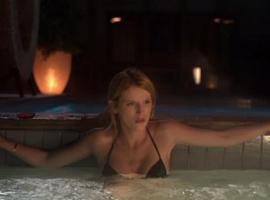 ) was reportedly kicked out of her hotel room at the 2018 Sundance Film Festival.

Page Six reports that Bella Thorne and her friends, including boyfriend Mod Sun, were told to empty their room at the Park City Marriott after someone in the entourage was caught smoking marijuana.

"They were seen rushing out of the hotel hours before the premiere," a source tells the paper. "There were so many bags, they needed a trail car to carry them."

Thorne ended up missing several scheduled promotional events and arrived an hour late for a portrait session for 'Assassination Nation'.