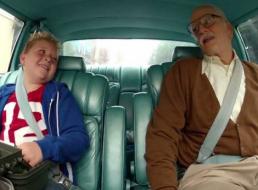 'Bad Grandpa' ended 'Gravity's hold on the top spot at the box office this weekend.

'Gravity', which had stayed on top since its release three weeks ago, had survived the debut of the well reviewed 'Captain Phillips' but it was no match for Jackass.

The Sony produced 'Jackass Presents' feature, starring Johnny Knoxville as an accident-prone grandfather in the hidden-camera comedy, earned $32 million to handily take over the spot compared to 'Gravity's $20.3 million.

See the complete rundown of the domestic weekend box office below: