'Bachelor in Paradise' Suspends Production Over 'Allegations of Misconduct' 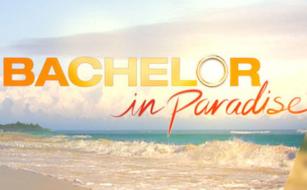 ABC has suspended production on the new season of 'Bachelor in Paradise'.

"We have become aware of allegations of misconduct on the set of Bachelor in Paradise in Mexico," Warner Bros says in a statement.

"We have suspended production and we are conducting a thorough investigation of these allegations. Once the investigation is complete, we will take appropriate responsive action."

The fourth season of the ABC reality series had begun filming with the first round of the cast from 'The Bachelor' and 'The Bachelorette'.

However, it appears at least two cast members, Amanda Stanton and Corinne Olympios, were involved in some funny business because they were posting on social media after production had reportedly started. Contestants are not supposed to have their phones while filming the show so someone either provided them access or they were cut from the season.

This suspicion was confirmed after a fan in the country for a wedding ran into the cast at Puerto Vallarta airport.

The contestants told the fan they were going back to Houston and, not surprisingly, Stanton and Olympios were not part of the group.

A statement is expected from Warner Bros once the investigation completes. It was expected to premiere on August 8. However, that will now likely be delayed.