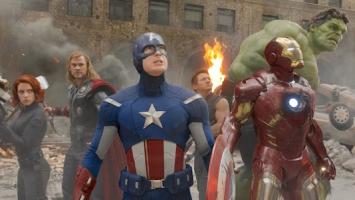 A casting note for 'Avengers: Age of Ultron' has confirmed what producers recently hinted at.

Villain Ultron will not be created by Ant-Man's scientist alter-ego Henry Pym, but rather will be a creation of Tony Stark/Iron Man to fit into the film's universe.

"We're doing our own version of the origin story for Ultron," Whedon had said. "In the origin story, there was Hank Pym, so a lot of people assumed that he will be in the mix. He's not. We're basically taking the things from the comics for the movies that we need and can use. A lot of stuff has to fall by the wayside."

The note obtained by Feature Film casting states: "Loki is gone and the new villain will be the evil robot Ultron, who has the ability to keep upgrading his own strength, making him extremely fearsome. Tony Stark/Iron Man becomes the unwitting creator of Ultron."

It also teases what we can expect from Quicksilver and the Scarlet Witch, who were confirmed to be new characters in the movie by Whedon in May.

Scarlett Johannson's Black Widow and Jeremy Renner's Hawkeye will also be "key figures in the film" according to the note.