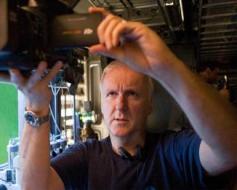 'Avatar's long promised sequel has been delayed once more.

Director James Cameron says that he needs the time to make the three 'Avatar' sequels that will film simultaneously work together. So the first sequel, originally scheduled for 2016, will be delayed until at least late 2017.

"There's a layer of complexity in getting the story to work as a saga across three films that you don't get when you're making a stand-alone film," he says.

"We're writing three simultaneously. And we've done that so that everything tracks throughout the three films. We're not just going to do one and then make up another one and another one after that."

"And parallel with that, we're doing all the design. So we've designed all the creatures and the environments."

The delay will make it eight years since 'Avatar' was released in 2009 to become the highest-grossing film in history, with a box office take of nearly $2.8 billion.