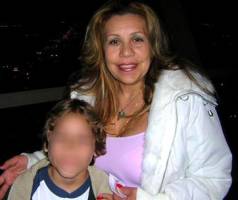 The identity of the alleged mother of Arnold Schwarzenegger's love child has been revealed.

Just days after Schwarzenegger admitted that he had a child a former staffer, Mildred Patricia 'Patty' Baena has been identified as the woman at the center of it all.

The 50-year-old became pregnant while she was employed as a housekeeper and an assistant in the Schwarzenegger-Shriver home.

Coincidentally, around the same time Shriver is also thought to have been pregnant with the youngest of her four children.

Baena worked for the couple for more than 20 years and retired from the household in January, after the actor's term as the Governor of California ended.

The son, who is now believed to be 13, is being kept out of photographs because he is a minor.