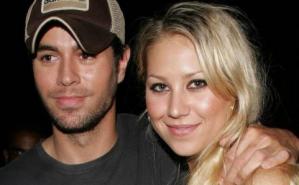 ) and Enrique Iglesias are parents to twins.

Kournikova gave birth to Nicholas and Lucy this past weekend in Miami, according to multiple reports.

The former professional tennis star, 36, and singer, 42, remarkably managed to keep news of the pregnancy private until the babies were born.

They have been together for 16 years after first meeting in 2001 when Anna Kournikova, then 20, appeared in Iglesias' music video for 'Escape'.

Rumors have been around for years that they secretly tied the knot but neither has officially confirmed it.

"I absolutely want to have children, whether I have my own or adopt," she said in 2011. "I love taking care of people. Marriage isn't important to me. I'm in a happy relationship – that's all that matters. I believe in commitment. I believe in being open and trusting each other and respecting each other completely."