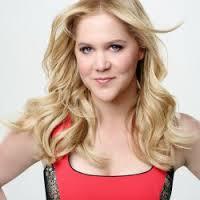 Schumer, who has previously spoken out against gun violence, decided to drop her pants in honor of Gun Violence Awareness Day.

She urged fans to wear orange but left off her bottoms, wearing only an orange sports bra.

In a second photo, she showed the completed outfit in a group photo with her friends all wearing orange.

Me and my honeys on set like to #wearorange thinking of you today and everyday Mayci and Jillian pic.twitter.com/WGClVCUvAq