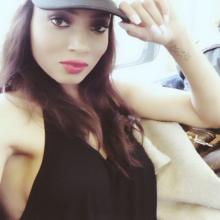 An British actress, Kadian Noble, has sued Harvey Weinstein for sexually assaulting her as part of the producer's plot of engage in sex trafficking, she claims.

Sex trafficking is defined as "human trafficking for the purpose of sexual exploitation."

She claims Weinstein often travelled to Europe to lure aspiring actresses to his hotel room where he sexually assaulted them, much like he did to her.

Kadian Noble alleges that Weinstein went to London in 2014 and "groomed Kadian by telling her that he had a role in mind for her and that 'it will be good for you.'"

He approached her again at the Majestic Hotel in Cannes later that year and asked her to come up to his hotel room to watch her demo reel.

She says the disgraced producer "knew that the promise of a role or the use of his influence on her behalf would entice Kadian into his hotel room, and knew that once there he was in a position to force the sexual activity he desired."

The 31-year-old Noble claims Weinstein had help and also put a producer on the phone who told the actress that she "needed to be 'a good girl and do whatever he wished,' and if she did, then 'they would work' with her further."

Importantly, the lawsuit notes it as sex-trafficking offence that has a 10-year statute of limitations. It can be applied to an individual who traveled to commit a sex crime.

Weinstein spokespeople have continued to insist that he "denies allegations of non-consensual sex" and "that there were never any acts of retaliation against any women for refusing his advances."

Noble, who hasn't been in many films, is probably best known as a competitor on 'Britain's Next Top Model'.