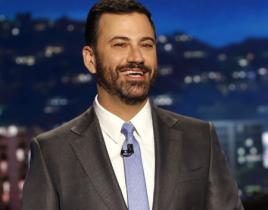 The deal will keep 'Jimmy Kimmel Live' on the air through fall 2019.

Kimmel is currently the longest-running host in late night and has held the job for 12 years, longer than Jimmy Fallon, Seth Meyers, Stephen Colbert and James Corden combined. He will also host the Emmy awards on ABC in September.

'Live' is currently second in the late night ratings battle, ahead of Stephen Colbert's 'Late Show' but behind Jimmy Fallon's 'Tonight Show'.