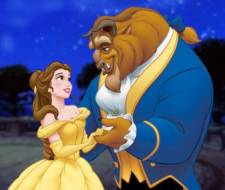 ABC is developing a new drama series based on the classic story of 'Beauty and the Beast'.

Described as an epic fantasy reimagining of the classic fairy tale, the network has lined up 'Human Target' and 'Jericho' scribe Jonathan E. Steinberg to write and produce the project.

News of the development comes as ABC gears up for the October 23, a drama set in a parallel world in which fairy tale characters look like normal people and don't remember their true identities or anything about their true lives.

The show's primary cast and characters include Jennifer Morrison as Emma Swan, Ginnifer Goodwin as Snow White, Joshua Dallas as Prince Charming and Lana Parrilla as The Evil Queen.

But getting back to Beauty and the Beast, this won't be the first live-action network reimagining of the series.

Some of you may remember the CBS drama that aired for three seasons in 1987, starring Ron Perlman as the Beast and Linda Hamilton as the Beauty.

Take a look at that one below: