ABC Picks Up 'Designated Survivor' With Kiefer Sutherland As President 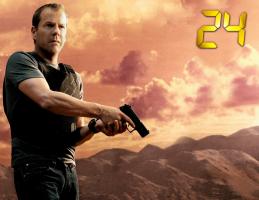 ABC has picked up 'Designated Survivor', which stars Kiefer Sutherland as President, to series.

The series will see Sutherland as Tom Kirkman, a low-level cabinet member who unexpectedly has to take over the highest office in the land following an attack on Washington DC.

) and Kal Penn, that is expected to air this fall.

The network teases "as he navigates the most difficult presidency in history, he will struggle to keep both his family and the whole country from falling into chaos."

Sutherland also serves as executive producer on Fox's '24: Legacy' reboot. However, he is not expected to revive his role as Jack Bauer or have a major onscreen role -- if any -- on that series.