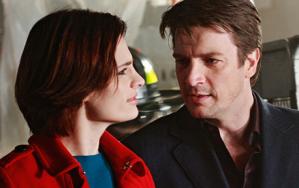 ABC has canceled 'Castle' after eight seasons and the series finale will air on Monday.

Fortunately for fans, producers had filmed two different versions of the finale depending on whether the show was renewed or canceled to provide fans a satisfying conclusion.

The cancelation comes amidst reports that there were tensions between star Stana Katic and Nathan Fillion. ABC had previously announced that Stana Katic would not be returning for be leaving following this season.

Katic fueled the rumors by only thanking fans upon the series' cancelation and not even her co-star.

Meanwhile, 'CSI: Cyber' has been canceled over on CBS bringing an end to the last remnant of the 'CSI' franchise.