911 Call Reveals Attempt To Get Help After Prince Found Unresponsive 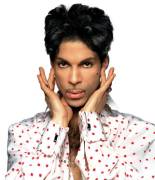 A transcript of the 911 call from Prince's compound reveals the frantic attempt to get help for the singer after he was found unresponsive in an elevator Thursday morning.

That attempt was delayed because the man who called 911 didn't the address of the home and just that it was "Prince's house."

He begins by telling the dispatcher: "We have someone who is unconscious. Um, we're at Prince's house."

When asked what happened to the victim, he responds: "I don't know, I don't know."

"It's Prince," he later admits while working on the exact address.

Prince was found unresponsive at 9:43 AM on Thursday in an elevator and pronounced dead at 10:07 AM, when first responders were unable to revive him.

After paramedics arrived, they reported to dispatch: "You can cancel anybody going to Audubon, confirmed DOA."