Curtis '50 Cent' Jackson on His Exposing Himself On 'Power' 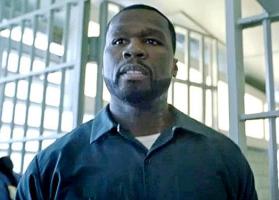 "I knew it was there," he said of the scene (uncensored link) in which he was holding his exposed member. "But in the original clips, it was darker."

"It wasn't on a big screen, like a life-sized version. It wasn't an accident. Courtney was like, 'I didn't want to show it to you in the beginning because I didn't think you needed to see it at that point... You just gotta take one for the team.'"

Jackson said the scene caused some awkwardness with 50 Cent's family and specifically his aunt.