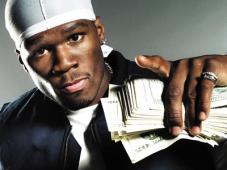 50 Cent is offering up another explanation for his terrible first pitch before the New York Mets game.

After telling 'Good Morning America' that the ball just "slipped" out of his hand, the singer said during an online Q&A that he may have found the real reason.

Fans responded to the singer's admission by playfully calling him "Curtis Jacks-off", a play on his real name, Curtis Jackson.

When another fan wondered whether Iggy Azalea's "booty" was real, 50 Cent said he would do some investigating.

"Next time I see her Ima squeeze it and find out for you ok," he replied. "I will report back to you shortly."

The singer also said he thought his most famous single was 'In Da Club' with its funky organs, guitar riffs and claps.

"Every day is someone's birthday that song won't go away," he said.