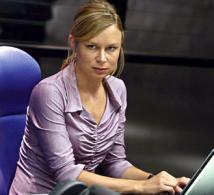 Mary Lynn Rajskub, who was by Jack Bauer's side for six seasons on '24', is moving on to a new family.

TV Guide reports that Rajskub has been cast on 'Modern Family' as the old high school girlfriend of then closeted Mitchell, played by Jesse Tyler Ferguson.

Will Mitchell's husband, Cam, get jealous? Will things get awkward? You better believe it.

Rajskub, who started out a stand-up comic, also recently guest starred on 'It's Always Sunny in Philadelphia' and 'Royal Pains'.