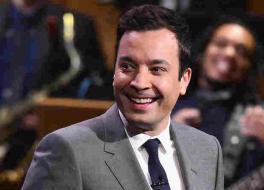 Jimmy Fallon, Zach Galifianakis and Bill Maher play a game where they take turns confessing to a random fact, then interrogate each other to determine who was telling the truth.

After Maher curses, Fallon tells him he can't do that and the 'Real Time' host hilariously says Galifianakis did it too.

The guests make a perfect trio for this game of 'True Confessions'.